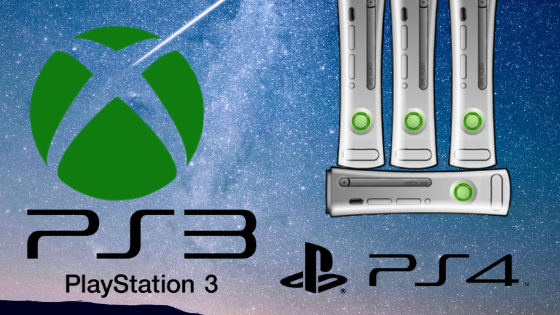 Back in the days of Xbox 360, looking forward to the next generations that seemed impossible for Microsoft to do wrong. The Xbox 360 had a massive lead. If you were an online gamer. Shooter, racer, whatever… You owned an Xbox 360. You may have even owned multiple Xbox 360s over the years. I lost count of how many I went through. The Xbox 360 had issues, sure, but that didn’t stop Microsoft from racking up a huge sales in USA. Nearly double the competing PS3.

The early Xbox 360s had a tendency to overheat and die. It had a failure rate of over 50%. Compared to PS3’s failure rate of around 10%. The bad press forced Microsoft to extend everyone’s warranties out to 3 years. The overheat flaw was traced to the formula of the solder used to adhere the chips to the board. Under normal operating temperatures, the solder would melt and allow the chip to come out of position. Entrepreneurs, like myself, made a lot of money repairing broken Xbox 360s. The repair was performed with some bolt hardware, plastic washers, and a good heat gun. Microsoft eventually released updated hardware and their own fix to the hardware with the Xbox 360 Slim.
Second, the Xbox 360’s game copy protection could be broken simply by loading a modified custom firmware to the dvd drive. Creating a modded Xbox 360 required only a serial probe and a PC with a spare SATA port. Owners of modded Xbox 360s were able to play online, but were warned by the community not to. Microsoft eventually cracked down on the seemly rampant abuse, but only in what became known as ban waves that were months apart. Since Microsoft banned hardware and not accounts, a person could sell a banned modded Xbox 360 for near retail cost, buy a new Xbox 360 and swap the hard drive. Play for 6 months to a year, then repeat. Only losing pocket change in the transfer.
The Xbox 360 was still somehow a success. It sold 25 million in USA and 84 million worldwide over the 11 years it was available. Over a similar period, the PS3 sold 13 million in USA and 80 million worldwide. The PS3 had its own problems, but nothing that hit the local or national newscasts like the problems plaguing the Xbox 360.
When the Xbox One was announced, it was thought that Microsoft could do no wrong. Refresh their hardware, 10x the graphics and call it done. Not so fast.

My kneejerk reaction to the announcement of the name for the new Xbox was “that’s a dumb name”. I had owned the original xbox and spent many years as admin on xbox support forums. The lingo for the original xbox didn’t used to be the ‘original xbox’. There was the xbox360 and naturally the xbox1. While writing this, I did some research and quickly found that the dumbness continues. I can’t google xbox 1 without getting the results for both Xbox One and Xbox Original.

A lot of talk is given to the raw TFLOP or GFLOP rating of a system. That is, how many Floating Point Operations can be performed per second. To me, the number of FLOPS isn’t all that important unless you are talking 10x difference. After all, the PS3 had 230 GFLOPS vs the Xbox 360’s mere 77 GFLOPS. More than double and the graphics were comparable. Instead, I look to the System or Memory Bandwidth as the real performance indicator of a generation. The Bandwidth is simply amount of data that can be transferred in and out of the cpu, memory, and gpu.
Measuring in system bandwidth, the Xbox 360 had a Front Side Bus capable of about 22 GB/s. Compared to the Original Xbox, the Xbox 360 was a 20x improvement. That corresponded with a huge leap in gaming performance. For the Xbox One, the FSB is gone and replaced by a integrated memory controller. System bandwidth is then rated by the memory bandwidth. The Xbox One was only a 3x improvement over the previous generation, while the PS4 manages 8x.

Microsoft is correcting this in the Xbox One X, but I don’t expect much. In specs, the Xbox One X is the Xbox 360’s true successor. However, the Xbox One was on the market for too long. People saw what it could do and now dismiss anything with the Xbox One name as same old, same old.

Microsoft executives have had this weird dream for the last few decades. To own the living room. Have their box be the only box you would ever need under your tv. It seems silly these days, with smart TVs and streaming sticks. But back when the Xbox One was released, Microsoft still thought that they had a chance.

Connect the Xbox One to your CableTV box and get these fabulous features:

When the Xbox One was announced, they focused so much on the smart tv features that folks wondered if the Xbox One was a gaming machine at all. You can watch the full announcement on youtube, I am not kidding.

Around the 8 min mark, I’ll summarize. “You think gaming is cool? Let’s not talk about gaming. Let’s talk about watching TV.” The first actual mention of a video game occurs around the 32 min mark.

Fast forward to today, and the TV features are never talked about. The Antenna Tuner is no longer supported. What happened? The features are no longer under active development. They have not received any updates in years, leaving them stranded with 5 year old bugs. The best improvement over the years was replacing the previous voice controls with Cortana and Alexa voice controls.

Under the old voice controls… How many times does it take to say “xbox on” before the system responds? I don’t know. I give up after 3, and just press the button. Cortana is much better. At most two attempts to make the xbox do what I want.

But when the Xbox One was released, it didn’t have Cortana. It had the lame Kinect voice controls.

Let’s talk about Kinect. I love kinect. What a great concept! I am a maker at heart. Microsoft made sure to release a PC adapter cable for kinect. It is really amazing what folks have accomplished with an affordable 3d camera. There are so many projects by companies and students alike that use the kinect as a 3d camera.

The usb adapter was discontinued in Jan 2018. The kinect is a usb device with a proprietary connector. This is not a big deal for tinkerers, there are guides available on how to splice your own usb cable and power supply for the kinect. Microsoft has given up on the concept. Motion gaming never went beyond a gimmick. Which is sad.

The kinect sensor was capable of tracking the motion of a sitting player. So that if you move your head to the side, your player could peak around corners. What a killer feature for a console game! The tech demos I saw with the feature blew my mind. No 3D TV needed, the head tracking allowed you to peak beyond the 2D image on your screen! Microsoft purposefully blocked this type kinect control scheme. They would only approve games with gameplay for a standing player without a controller. Sigh.

Everyone made fun of the Xbox One’s copyright protection scheme. Just like a PC, an xbox one disc would come with a single use code. That code would authorize your account to play the game. The primary goal was to eliminate pirating of games. The side effect would be the elimination of used game sales and letting friends / family borrowing your game.

After the initial announcement, Microsoft made a statement that they would make a process to share a game with a friend or family. This sharing process was famously made fun of by Sony

Long story short, Microsoft caved under pressure and returned to the old DRM.

When the Xbox One was released, history was ignored. This time, both the Xbox One and PS4 were released in November 2013 within 1 week of each other! However, with both consoles having weak launch catalogs and low availability, the console wars didn’t heat up until the following year. Even then was disappointing. The PS4 was sold for $100 less. Just as Sony had claimed that their revolutionary Bluray drive was worth the $100 premium, Microsoft claimed their included kinect sensor was worth a $100 premium. Things played out almost exactly as the previous generation, with the roles now reversed.

Sales were way below expectations on the Xbox One. Within the first year, Microsoft made a new bundle that dropped the kinect and matched the PS4’s price. However, the Xbox One never really recovered. The mindset was locked in. Here are the lifetime sales from 2013 – 2018.

Late into the Xbox One’s lifespan, the Xbox One has been making huge strides. The added backwards compatibility is huge. Not only being able to play Xbox 360 and Xbox titles on the Xbox One, but also unlocking digital purchases from the Xbox 360. All playable on modern hardware and upscaled.

This is a feature of some Microsoft games that allows you to buy a game once then play on both Windows 10 and Xbox One. Savegames, achievements, and DLC are all shared.  The impact of being able to purchase once and play anywhere captures what the Xbox One originally tried to achieve.

The Xbox One X is a good preview of the Xbox Two. However, I expect the high pricing and DRM to make another attempt. Hopefully some VR features to compete with the PC market.